opooletech
Admin
posted on 2 years ago
1,167
views
Wikinews
ISLAMABAD: Pakistan Tehreek-e-Insaf (PTI) to face tough situation to form a government in the Centre following decrease in its total National Assembly seats after completion of counting in some constituencies and announcement of protests against rigging by some political forces including Grand Democratic Alliance (GDA).

ISLAMABAD: Pakistan Tehreek-e-Insaf (PTI) to face tough situation to form a government in the Centre following decrease in its total National Assembly seats after completion of counting in some constituencies and announcement of protests against rigging by some political forces including Grand Democratic Alliance (GDA).

Earlier, private media was telling a different tally of total seats won by political parties. At present the PTI needs more coalition partners other than the MQM to attain the simple majority in the Lower House of Parliament.

According to the situation emerged after latest unofficial results of the National Assembly, coalition comprising PTI, its allies and independents will need support of MQM as well as some other small party in the election of the prime minister.

In present situation, after reduction of seats of those returned candidates who have won more than one NA seat, considering 10 out of 13 independents will join it and including reserve seats, PTI will have 152 seats, PML-Q will have 4 seats, AML of Sheikh Rasheed will have one seat and the total seats of these parties are 157.

Considering BAP from Balochistan having 5 seats and GDA from Sindh having 2 seats will support PTI, its total strength will reach to 164. However, GDA has announced to stage protest against rigging instances and if it happens, PTI will be deprived of these two seats in the election of the prime minister. Even if GDA votes for the would-be ruling coalition, in the newly emerged situation, PTI would still need 8 seats to reach the figure of 172 to have simple majority in the NA whereas MQM will have 7 seats after having one woman seat.

On the other hand, the likely opposition parties like PML-N (82 seats including reserved ones), PPP (57 seats), MMA (15 seats), BNP-M (2 seats), independents (3 seats of Mohsin Dawar, Ali Wazir and someone among independents who can decide not to join ruling alliance like Fakhar Imam), ANP (1 seat) and JWP (1 seat) will become a total strength of 161 seats. There are a few who are whispering if MQM and BAP decide to join this alliance, the situation can become altogether different but given the ground realities there is no chance of any such adventurism. Also such people are completely ignoring the fact that after the by-elections on some 10 or 11 NA seats, PTI’s numeric strength in NA will ultimately increase.

At present, according to final result issued by the Election Commission of Pakistan (ECP), PTI has 115 seats. Out of these seats, four out of the total five seats won by PTI chief Imran Khan will be deducted, one seat each won by Major Tahir Sadiq and Ghulam Sarwar Khan will be deducted, one NA seat won by Pervaiz Khattak will also be deducted as reportedly he is being made next KP chief minister, the total number of PTI MNAs who will be able to vote through show of hand during the election of the prime minister will become 108.

There are other PTI MANs (Asad Qaiser and Fawad Chaudhary) who have won NA as well as provincial assembly seats and can opt to choose the provincial assembly seats, but for this calculation, this aspect is not being considered. In case any such PTI MNA, other than mentioned above, opted to leave the NA seat, the situation will become further tough for the PTI.

Out of the reserved seats for the women, given its numeric strength of NA seats in four provinces, PTI will get 17 women seats from Punjab, 8 from KP, 3 from Sindh and possibly 1 from Balochistan. PTI will also get 5 seats reserved for minorities. This will give PTI 34 reserved seats and will bring its total strength in the National Assembly to 152.

PML-Q has won four seats which include 2 seats won by Chaudry Pervaiz Elahi. He has also won a provincial assembly seat and informed some journalists on Saturday that he is vying for the office of the Chief Minister of Punjab. Considering that he continues in the National Assembly, he will have to resign from one National Assembly and one provincial assembly seat. Given the formula of electing women on reserved seats, PML-Q can manage to get one woman seats from Punjab. It will have 4 NA seats. If Elahi decided to go in Punjab Assembly, the number game in the NA will become tougher for the would-be ruling alliance.

In this scenario, the party position of two alliances (after independents joining political parties and adding reserved seats) can be as follows; PTI 152, PMLQ 4, AML 1 making total to 157.

On the other hand, position of parties out of any alliance so far can be; BAP 5, GDA 2 and MQM 7. 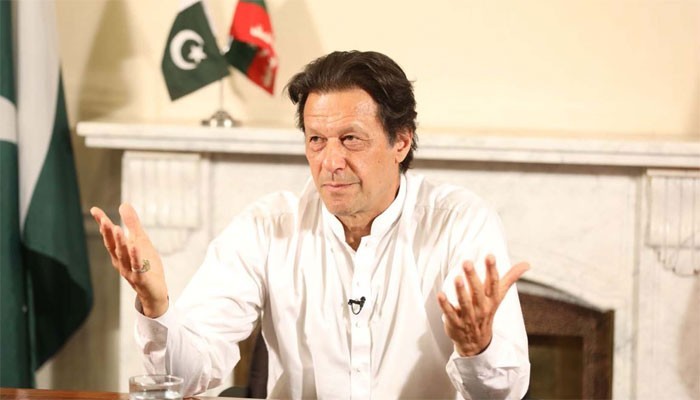